Marlboro, Vermont  (March 15, 2011) — Two award-winning, cutting-edge artists will travel to the rolling hills of central Windham County next month to offer their unique perspectives on theater and dance, as Marlboro College and Vermont Performance Lab (VPL) host a week-long symposium on the college campus here.

New York-based writer/director/performer, Ain Gordon, and Northampton, Mass.-based choreographer/philosopher/performer, Candice Salyers -- two artists selected for VPL’s Lab Program -- will be paired with Marlboro College professors to publicly discourse the idea of “embodied learning” and other mind/body practices. The talks, free and open to the public, will explore the artists’ methods of finding inspiration amidst marginalized histories and gender theory when creating performance works.

Both Gordon and Salyers are developing fresh work through VPL’s Lab Program, which allows them to develop their art in the unique setting of Vermont’s southern Green Mountains over a year-long period.

The following events are scheduled:

Choreography as Embodied Learning
WHEN: April 6, 2011,  7:00PM
WHERE: Ragle Hall, Marlboro College
WHAT: A discussion with VPL Lab Artist Candice Salyers and Marlboro College philosophy professor William Edelglass.  As both a dance maker and a doctoral candidate in philosophy, Salyers brings a deeply-considered approach to contemporary issues in philosophy and feminism, creating intimate interactions with audiences, landscapes, and architectural spaces. Salyers and Edelglass will discuss movement as a thinking process that integrates brain, body, and world.
Co-presented by Marlboro College and Vermont Performance Lab.

Public History/Collective Memory/Embodied Learning: A Conversation with Ain Gordon
WHEN: April 9, 2011, 3:30PM
WHERE: Ragle Hall, Marlboro College
WHAT: As a theater artist, Gordon has gained national recognition for his works inspired by forgotten or marginalized histories, particularly as those histories reside in geographic “place.” Gordon will be joined by Marlboro College American Studies professor, Kate Ratcliff, to discuss his past work and how he is inspired by the stories of those less remembered.
Co-presented by Marlboro College, the Center for Creative Research (at New York University) and Vermont Performance Lab.

For more information, photos, or to schedule an interview with one of the artists or professors, please contact Luke Stafford at This email address is being protected from spambots. You need JavaScript enabled to view it. or 802-451-0828. 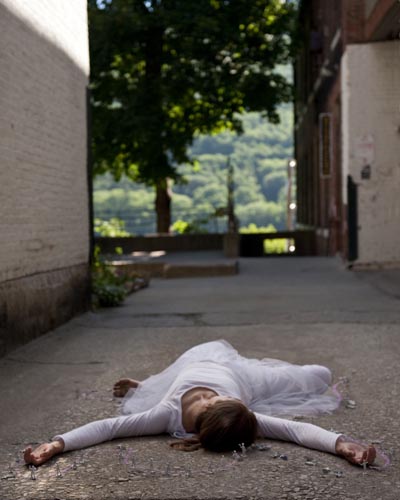 Candice Salyers performing her piece, You Are Welcome Here, June, 2010. 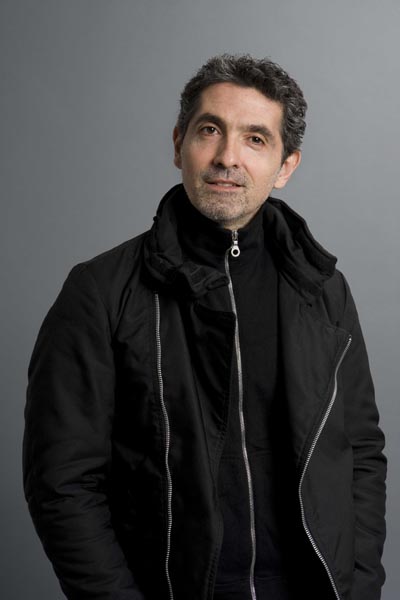 ABOUT CANDICE SALYERS:
Candice Salyers is a solo performer and choreographer who creates kinetic installation pieces that juxtapose slow-moving body transformations with visual environments. Her melding of dance and conceptual art results in provocative and inviting performance works that bridge visual and performing arts. Salyers’ performances challenge the assumption of the female body as objectified by a viewer’s gaze and welcome viewers to experience intimate interactions in which desire is a productive force of the imagination. Salyers received a B.L.S. in Interdisciplinary Arts from the University of Memphis, an M.F.A. in Dance from Smith College, and is completing a Ph.D. from Texas Woman’s University. Her solo performance work has been presented recently by New England Foundation for the Arts, Bates Dance Festival, Dance City (UK), and Wesleyan Center for the Arts.

ABOUT AIN GORDON:
Gordon is a three-time Obie Award-winning writer/director/actor, a two-time NYFA Fellow and the recipient of a John Simon Guggenheim Memorial Foundation Fellowship in Playwriting. His work has been commissioned/produced/presented by New York Theater Workshop, Soho Rep., The Public Theatre, 651 ARTS, Dance Theater Workshop, Performance Space 122, the Kitchen Theatre, and HERE Arts Center. He wrote for NBC’s Will & Grace. Gordon has received support from the Multi-Arts Production Fund (MAP), the Jerome Foundation, the Greenwall Foundation, the Foundation for Contemporary Performance Art, the Department of Cultural Affairs, the NPN, the New York State Council on the Arts, the National Endowment for the Arts, AT&T OnStage, and the Arts Presenters Ensemble Theatre Collaborations Program funded by the Doris Duke Charitable Trust etc.

ABOUT KATE RATCLIFF:
Kate Ratcliff is a Professor in American Studies at Marlboro College. She received an MA in English and a PhD in American Studies from the University of Minnesota. Her scholarship, which has been supported by an NEH grant as well as several Marlboro College grants, has focused on the history of suburbia in the late nineteenth and early twentieth centuries. At Marlboro, Kate has taught widely, including courses on the History of the Family, History of Feminism, History of Consumer Culture, as well as several co-taught courses with colleagues in the Visual Arts. She has delivered multiple public lectures over the years on topics ranging from Immigration Policy to Cold War American Culture to Suburban Domestic Architecture.

ABOUT WILLIAM EDELGLASS:
William Edelglass earned his Ph.D. at Emory University and his undergraduate degree at St. John's College. Before becoming a professor at Marlboro College, William taught philosophy at Colby College and at the Institute of Buddhist Dialectics, Dharamsala, India. William's areas of expertise include 20th-century European philosophy—phenomenology, existentialism, hermeneutics, poststructuralism and postmodernism—Buddhist philosophy and environmental philosophy. His courses often engage disciplines outside of philosophy, from Asian studies to religion. "Marlboro's interdisciplinary approach is deeply appealing to me," he says. "I value working with students and colleagues who do not feel bound by narrow disciplinary expectations that limit intellectual exploration."

ABOUT VERMONT PERFORMANCE LAB:
VPL has been supporting the research and development of “Significant Figures,” Ms. Salyers newest work through three creative residency periods in Windham County.  Local audiences have had opportunities to see aspects of the new piece as it evolves through work-in-progress showings in the alley-way of the Hooker Dunham Building last June, in the reading rooms of the Aron-Rice Library at Marlboro College this past September and in its final presentation in June 2011 as part of VPL’s Progressive Performance Festival. More information at www.vermontperformancelab.com.

VPL is working in collaboration with Marlboro College to support Ain Gordon’s research and development of a new theater work where he will work with College faculty and students as well as with local photographer and historian Forrest Holzapfel.  Mr. Gordon is particularly interested in this process of “re-enacting the past for the present” as it relates to the preservation and interpretation of rural, farming, and pre-industrial America, a nation of fewer artifacts and greater distances in which those vital artifacts and memories have dispersed. The project will explore how rural American history still resides in the natural environment waiting to be found.

ABOUT MARLBORO COLLEGE:
For over 60 years, Marlboro College has offered undergraduate education in the liberal arts and, since 1997, master's degree programs for working adults in the areas of educational technology, internet technologies, health care administration and an MBA in Managing for Sustainability. Its 330 undergraduate students enjoy an 8:1 student-faculty ratio, a voice in governing the community and individualized courses of study on a 300-acre campus in the hills of southern Vermont. More information at www.marlboro.edu.

Coming Soon:
WHAT: For performance adventurists only, VPL’s Progressive Performance Festival, featuring performances by choreographers Emily Johnson, Adele Myers and Candice Salyers. Structured like a progressive dinner, audiences will be guided to three sites to take in a full evening of performances that challenge accepted notions of dance.
WHEN: June 2 - 4, 2011
WHERE: starting at the Blue Moose Cafe, 29 High Street, Brattleboro, Vermont (the artists will perform in three unique and inspirational locations around downtown Brattleboro).